Here’s a man who needs no introduction. Cool Spot, Aladdin, EWJ, Smash TV – the list is almost endless. We sent Adrian on a mission to track down the legendary Mr (or should we say, Dr) David Perry and he did not disappoint. Enjoy.

How did you get into the video game industry?

I lived in Northern Ireland and my mother got me a Sinclair ZX81 (Timex Sinclair 1000) in the USA.  I started making games for magazines and was very proud to be “in print”.  I didn’t know I was actually getting paid so when a check showed up, it instantly became my career (we wouldn’t mind some random cheques in the post… – Ed).

Can you remember the very first video game you ever worked on?

I think it was Zombies…  One where you played as a letter (graphics were so basic then) trying to get zombies to fall in pits instead of catching you.  Or, it could be Cosmos, which was a space game I saw on a Research Machines 380Z.  It’s so long ago my memory is pretty hazy.

You have worked with some of the industry’s biggest game publishers. Which publisher did you have the most fun working for and why?

I loved working at Atari, that brand is so incredible it meant something to everyone.  I’d stop at Airport customs, “What do you do?”  “I work for Atari”…  “OMG!!!  Atari was my childhood!!!!… etc.”

You founded Shiny Entertainment in 1993. What made you take the risk at starting your own business and did you always have a clear ambition to one day become your own boss?

Shiny Entertainment became a huge player in the video game market after the launch of Earthworm Jim. How did you turn a worm into one of the 90’s most memorable video game characters?

I think we just had fun making the game and when you played you just couldn’t possibly tell what we’d do next.  It was like a wild ride and we had a lot of talented people pouring their energy into the game.  I think the twist came when we got a TV show, Toys and even Marvel made our comic books.  That meant we weren’t just licensing properties “in” anymore, we were licensing “out”.  That was new for a small independent developer.

In a recent interview for Arcade Attack, Doug TenNapel endorsed you as being both young and ambitious and his kind of guy, and someone who spearheaded Shiny and helped make great games. Would you be able to share a few thoughts on working with Doug?

I wish I could find 100 Dougs, then I realized I was lucky to have been able to work with one.  He is crazy talented, both crazy and talented!  He also generates an enormous amount of amazing content and ideas, I wouldn’t be surprised if he sleeps with a sketch-book!

You have worked on many popular games across a number of consoles throughout an amazing career. Which game are you most proud of working on and why?

I think I was most proud of Earthworm Jim as it was the last game I personally programmed.  After that I went to the dark side of the force…  Management! (nooooooooo!!! – Ed)

How did Shiny Entertainment change after it was acquired by Infogames and were you sad to resign in 2006?

I was working on a new game design for Infogrames (Atari) called Plague and was incredibly excited about it.  Atari called and told me they had run out of money and so I offered to find a buyer for my team, they said they’d handle it and I moved on.  The first phone call I had after leaving was with the Collective and they ended up buying Shiny.

Can you share any details on the reported video game you were working closely on with Michael Jackson before his sad death?

I met Michael at Neverland several times, he was a big video game fan and we discussed the idea of releasing his next album exclusively in our video game.  He was excited and had a vision for a game that he felt needed to be developed.  Sadly his world turned upside down.  I got to spend quality time with him and had free roam of Neverland, it was an experience I won’t forget and it’s also just another example of how video games break down all boundaries.

Have you ever been confused with Dave Perry of GamesMaster fame and have you ever met him?

Yes, I’m friends with “the other” Dave Perry.  He’s a really nice guy, but his TV persona was a nightmare for me.   We laughed about it several times.  He now does tattoos and just last week someone reached out to me to get a tattoo (we hope you passed on the “lead” for Dave? – Ed).

What projects are you currently working on?

I’m focused on technology at PlayStation.  We have the support of just about every publisher for our cloud gaming service PlayStation Now.  Our team also works on other PlayStation tech like remote play, share play etc.

What are your views on the video game industry of today?

The game industry is so much fun as it never seems to stop evolving.  Consoles are so powerful now, mobile is everywhere and VR is about to enter the spotlight.   I love thinking forward…  If the video game industry was a train, what’s the next station, what’s after that, what’s at the end of the line?

What is your favourite video game of all time?

I actually wrote to the development team after playing the first Command and Conquer game on PC.  It brought our office to a standstill.  I put a lot of time into that game so that was pretty key for me.  I had the same experience with the first Diablo as well.

If you could share a few drinks with a video game character who would you choose and why? 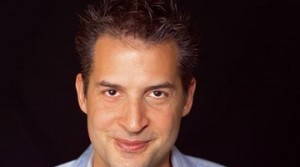